Have you had one of those moments where you see someone do something super cool and then two seconds later your mind instantly rules out any chance of that “thing” ever happening for you?
Welcome to being a human. 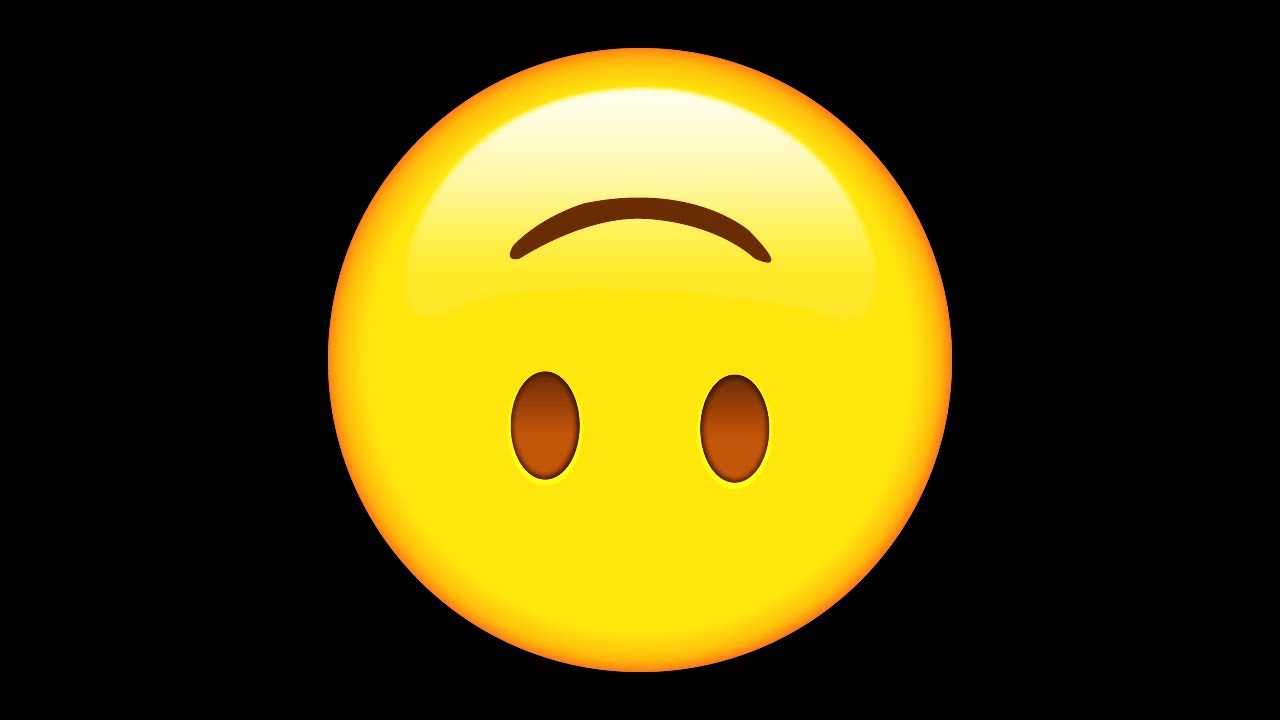 Hopping into handstands was that “thing” for me. The thought of both feet leaving the ground simultaneously just didn’t compute, and yet people made it look so effortless. How?! I didn’t know, so I put it in a box and tucked it away, labeled “not my thing”.

Until it became something I wanted ..

The problem was, this fear of my arms giving out and my head leading my crumbling body to the ground was very real. My mind could take me there, easily. So easily that I couldn’t even do it with the support of the wall. You know what a bank shot in basketball looks like? That’s what I pictured.

This fear I held, or that held me rather, was valid. That’s what made it scary.

I was missing trust. If I trusted myself, the trust would outweigh the fear. Trust doesn’t come overnight though, it builds over time. Fear is a constant companion of many. Trust is a true practice of patience, which is really really hard, especially with instant gratification happening all around us.

While practicing with Chris one day, I brought up this fear. This became the day the “bolster bed” was invented…

He told me to line up bolsters and make a “crash pad” so that if I went over or crumbled to the ground, the bolsters would be there to catch me, uninjured. If you’re not familiar with bolsters, check the image below, they’re like big firm pillows usually used in Restorative yoga. 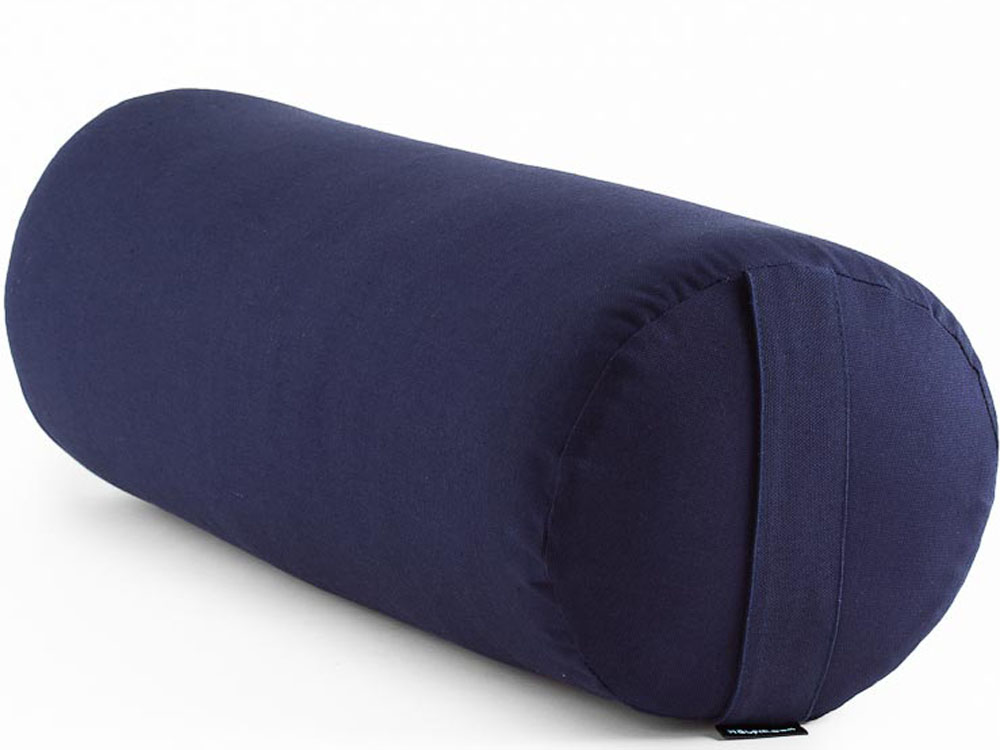 Naturally, I used every bolster we had. Five in a row, and one on each side just in case  this lack of control I had got the best of me. Having this “bolster bed” there for support helped to tame my wild mind. I was able to try to get my hips over my shoulders, where as prior to this point, I was too afraid to even put in that much effort. It wasn’t that I wasn’t strong enough, my mind was just like “no way sister, think again.”

With this newly found “bolster bed”, trust had finally stepped up its game. When I hopped too hard, I flipped over onto a soft cushy bed of bolster love and nothing bad happened. Practicing this over and over again was super fun, kind of child-like if you think about it. Eventually I was introduced to the sensation of my hips stacking over my shoulders, exactly what I needed to feel in order to hold it.

The day I left my “bolster bed” behind, was the day I formed a new trust with the wall. The journey away from the wall was a longer one, but its here now, still not as full of trust and commitment as other things in my life, but it’s growing, and I’m rolling with it..

It’s funny, observing the limitations of our mind. These limitations that make us go on this conquest to prove them wrong or sit there watching us succumb to their overbearing replay button.

Sometimes, I try to think back to my mentality when I first started yoga. Recently, that’s been kind of hard because it’s different now. Back then I had zero confidence in myself. I had drive though. It was a scramble of serious motivation and serious setbacks. I haven’t done this in such a long time, but I remember scrolling through social media seeing all of the cool yoga poses and having two drastically different thoughts. Some days it was “That’s so amazing. I’m so inspired. I’m going to practice a ton so that one day I can do that too”, and other days it was “Ugh, I’m not bendy and it’s never going to happen for me. My practice isn’t that strong, how do I expect people to learn from me, bla bla bla” and further down the rabbit hole I slid..

We put ourselves in these little boxes and it’s not social medias fault! We don’t have to think that way. We can scroll and admire and get inspired and love and share our life and then move on to what’s happening around us. We don’t have to get hung up on something that’s not our current reality.  If something on social media or the internet in general gives you inspiration, that is fucking awesome and you should 100% roll with it. If you’re going to compare yourself to someone, compare yourself to you. That’s it. There’s always going to be something you can’t do..yet. That’s the beauty of the practice. Otherwise, we would quit.

Let’s learn to soak up support from our community, and if we don’t have one yet, let’s start seeking one out! We all need people in our lives who share similar interests and experiences. Maybe your passion isn’t yoga. Maybe it’s something completely different, but we all relate on some level right? We’re seekers. Seekers of something more than what’s visible to our bare eye. Seekers of love, connection, harmony, and whatever it is that keeps you moving onward.

When I post a picture of an inversion, it’s not because I want to show you what I can do. It’s because I love being upside down and I worked super hard to get there. It’s because it’s part of my life practice now. Is it everything? No, of course not, but it’s a story. My story.  It’s months and months of practice, every single day,  and it’s still going, because there’s always more to learn. Once you have a handstand, you can explore so many other variations. (Once you have confidence, so many new doors open.)

Don’t put a time limit on your practice or passion, especially not on an individual pose. Don’t let it carry that much weight. Consider it fuel to ignite that drive that dwells inside of you. Use it to learn trust, compassion, communication, dedication, perseverance, patience, and commitment. Let these traits flood into all other aspects of your life.

Think of it as writing a book. So much work and love and dedication is poured into it and eventually when it finally happens, you want to celebrate it! It didn’t happen overnight. The public eye doesn’t see that part though, they see the final product, the “handstand”. You as the author, want to show them your journey, how you got to this point of publication. If you’re excited about something, and it makes you feel good, share it!

A final product is hours, days, weeks, months, years, decades, of hard hard work and a lot of passion. Allow yourself to see that in you and in others. You are more than capable. Focus on the positive. Where you were, where you are now, and where you are heading. Embrace it all. It’s a journey. If it sparked your interest, it did for a reason, so don’t put it in a box and label it as “not my thing”.

I believe in you.